Is Dr. Oz A Real Republican? 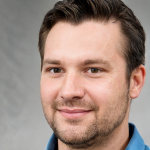 A new poll has Dr. Oz as an early front-runner in the busy GOP primary, looking to replace retiring Pennsylvania Senator Pat Toomey. Many Republicans, however, are questioning the TV star’s conservative credentials.

Jack Posobiec tweeted, “Dr Oz would be the Liz Cheney of Pennsylvania.” The Liberty Daily called him a Manchurian Candidate and a RINO, stating “we need to stop him.” As it stands, that could prove difficult. Conservative groups are urging voters to speak up against his bad credentials.

The crowded primary was shaken up by the departure of Trump-endorsed candidate Sean Parnell in October. The former President has not endorsed another candidate, and it’s possible others still plan to join the fray.

Further complicating the situation, the status of a 2020 election audit is about to go before a Commonwealth Court judge. Expect candidates to show increasing interest in this issue, hoping for a big endorsement to get them over the finish line.

4 thoughts on “Is Dr. Oz A Real Republican?”