McConnell And Paul Plead To Biden For Help In Kentucky, Opening The Door For More Socialism 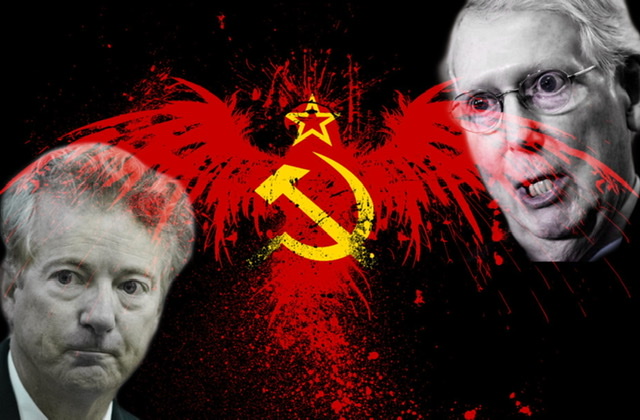 Shockwaves are being sent throughout the conservative world as Kentucky Senators Mitch McConnell and Rand Paul have requested hundreds of millions in federal relief money, a divisive move that is traditionally reserved for socialist politicians.

Rand has a history of backing conservative values — like denying disaster relief to New York after Hurricane Sandy, and again earlier this year to Texas during the historic blackout. In fact, Paul has voted to deny an increase in disaster relief for 10 straight years on all occasions.

As recently as 2019, both Kentucky Senators voted along party lines to stop additional funding for disaster relief, true to conservative values, so why are they now begging for it?

Many conservatives are calling out this hypocrisy. On social media, both candidates are being labeled as socialists or communists. On Gab, numerous accounts are calling for an outright boycott of the GOP, citing ideological differences from the current leadership.

There’s no doubt about one thing, asking for federal money is the definition of socialism. They’re right about that.

One thought on “McConnell And Paul Plead To Biden For Help In Kentucky, Opening The Door For More Socialism”