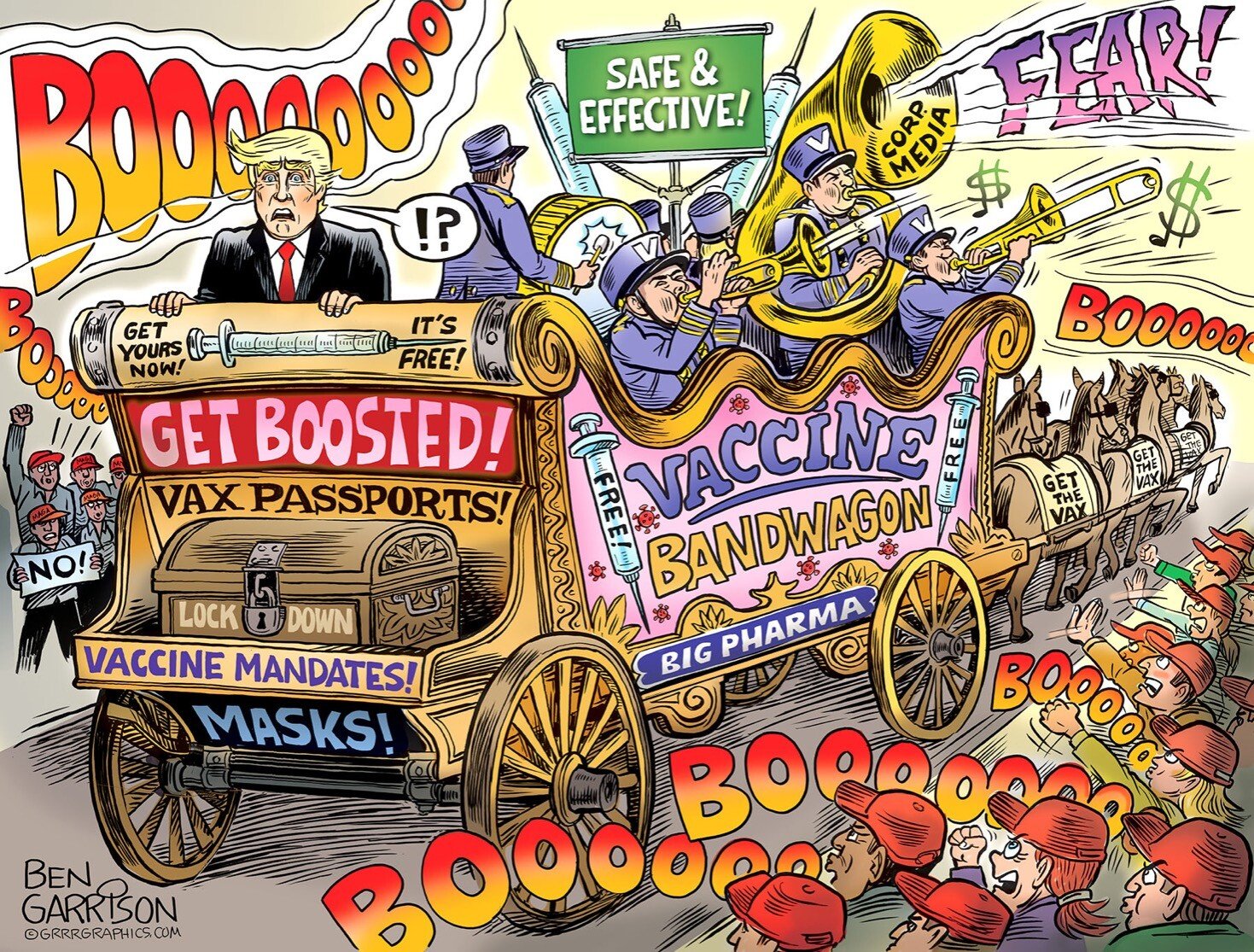 Ben Garrison has decided to pull his support from Donald Trump today in typical fashion: by making an edgy political cartoon. The move comes as a surprise to supporters of President Trump, many of whom typically look to Garrison for humor.

Garrison took to his website to respond to critics: “Trump was booed and he seemed surprised. I’m surprised that he was surprised. Has he grown out of touch with the people who helped elect him?” he wrote. “Trump thinks he helped save millions of lives, but it’s more likely that he has had a hand in harming millions.”

This is the latest in a string of potentially coordinated attacks against Trump, including the one we covered yesterday involving Alison Wonderland. Patriots around the country are asking why this is all happening at once, and right before the midterms.