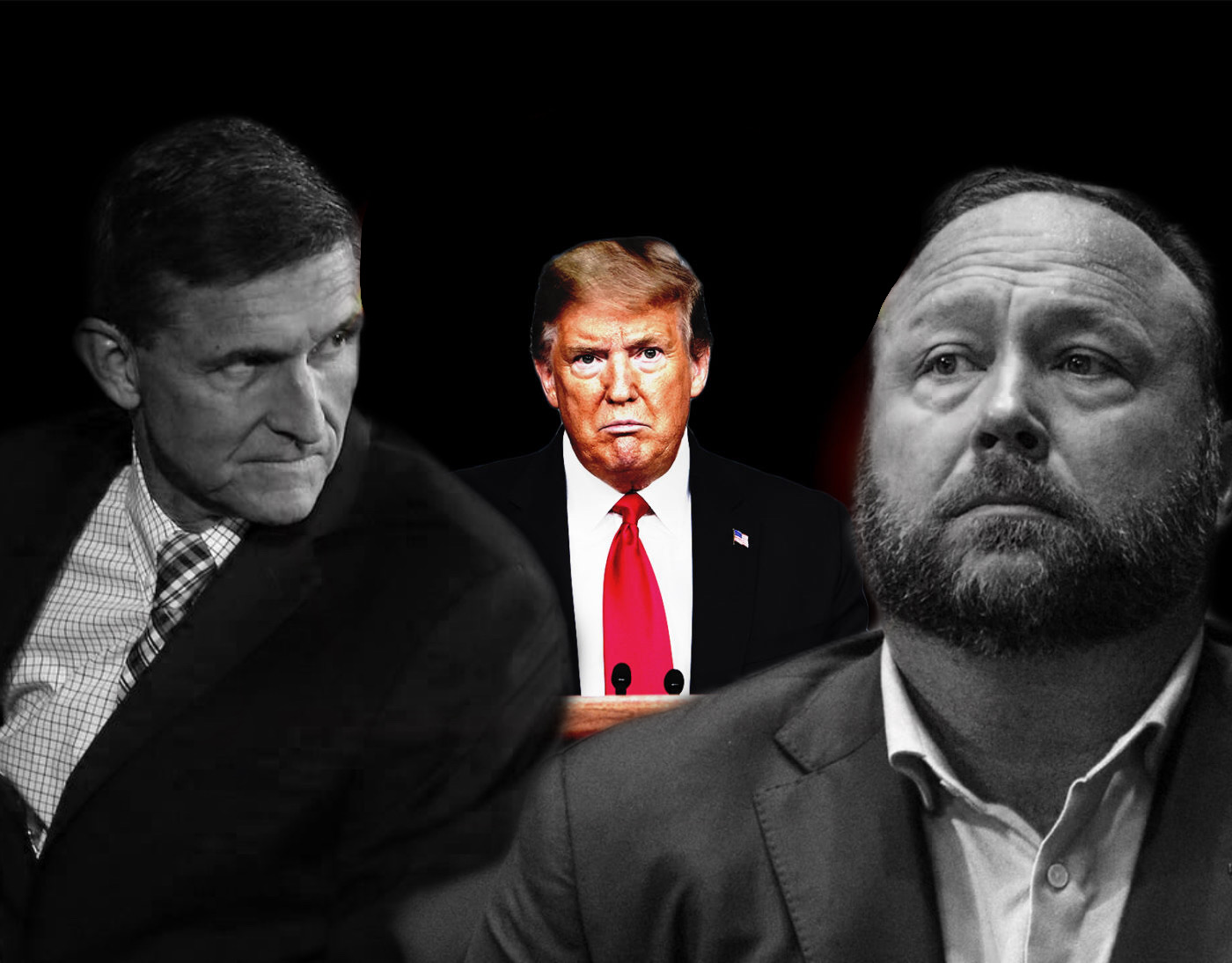 In a recent interview with Michael Flynn, Alex Jones suggested that Flynn, not Trump, is the only person capable of stopping a complete globalist takeover. Supporters of Trump on social media are claiming Flynn and Jones are “controlled opposition,” created by RINOs to proliferate artificial tension within the MAGA community.

Outspoken Flynn critic Lin Wood called foul on the interview, and was allegedly threatened by Flynn associates in retaliation. Unfortunately for Jones and the former General, Wood kept the receipts and was able to link the Deep State threats back to Flynn. Wood responded publicly yesterday on Telegram.

Let’s not forget Alex Jones is the original backstabber of Trump, most recently releasing this hate-filled rant on Christmas Day:

Or the time live cameras caught his anti-Trump tirade in 2017:

In our view, Trump’s support is as strong as ever. We here at True News America believe that these recent attacks have been coordinated by Deep State and RINO operatives, and are created to kill our collective momentum behind investigating the 2020 election.