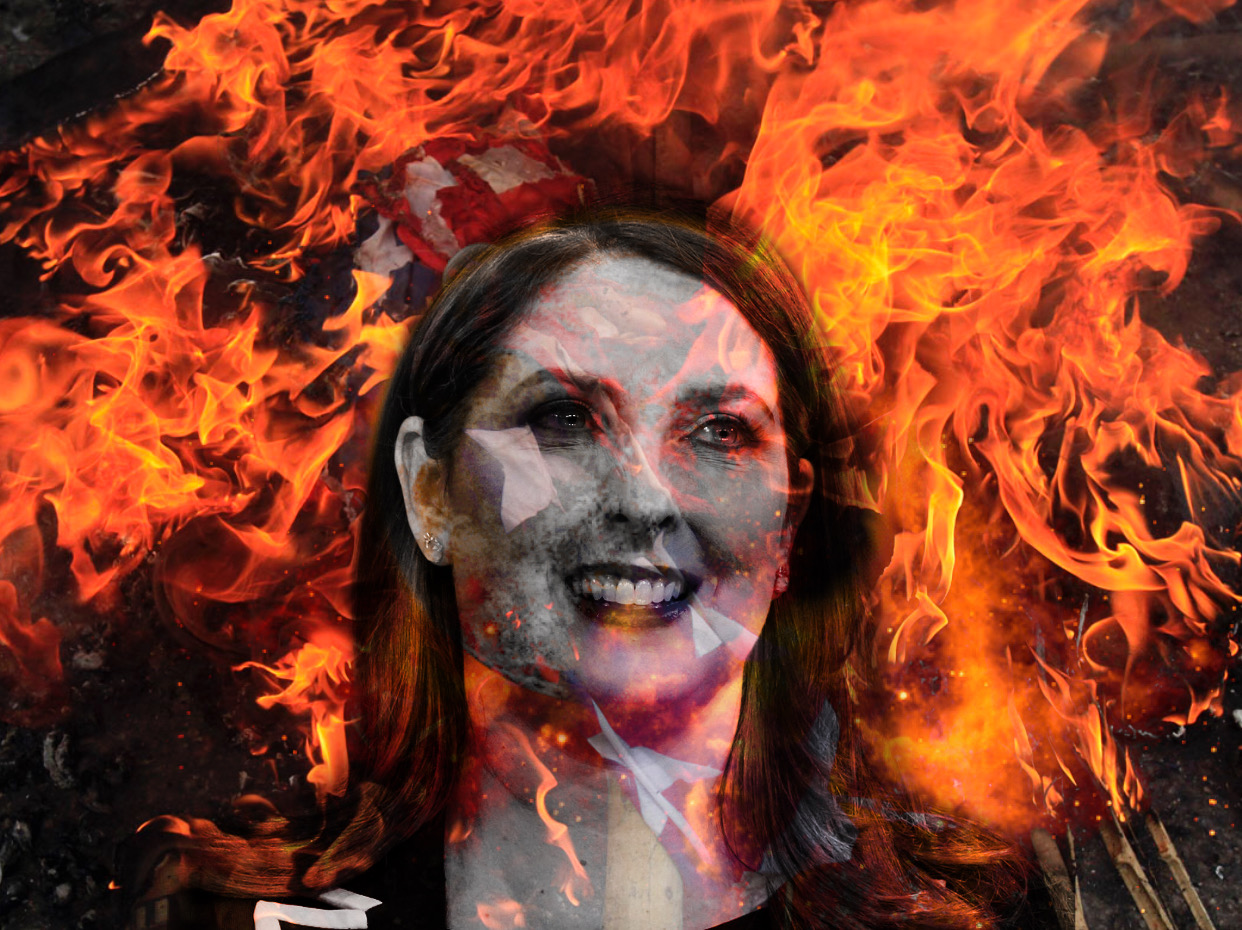 The once Trump-anointed RNC Chair Ronna Romney-McDaniel has taken a sharp turn left since the questionable inauguration of Joe Biden, leaving many Trump supporters questioning her motives.

Recently, in an interview with The Fakenews Times, Romney called Trump supporters “extremists,” and expressed deep regret for members of her own party that endorse his victory. “When I saw some of the things Sidney was saying, without proof, I certainly was concerned it was happening in my building,” Romney-McDaniels said, referring to Trump lawyer Sidney Powell.

Some of you might even remember late last year, when Romney-McDaniel personally interfered with Mike Lindell’s election complaints to the state of Michigan, having his findings removed from the records. “How dare the RNC try and stop this case from getting to the Supreme Court. Shame on you, RNC! You are worse than FoxNews now,” Lindell said about Romney-McDaniel.

All of this on top of Ronna being a niece of RINO Mitt Romney really paints a vivid picture of the current state within the GOP. Many on social media are advocating for conservatives to halt all donations to the GOP and refocus their contributions directly to the candidates.

This also leads to more questions about the midterms and the ulterior motives of the Republican Party. The GOP clearly wants to silence critics of the 2020 election outcome, and will not support 2022 candidates who are firm on their position that Trump won. The GOP will undoubtably be propping up RINO candidates who will disguise themselves as Trump allies, muddying the selection pool. This is why it is so important to be involved with the Republican primary process in 2022.