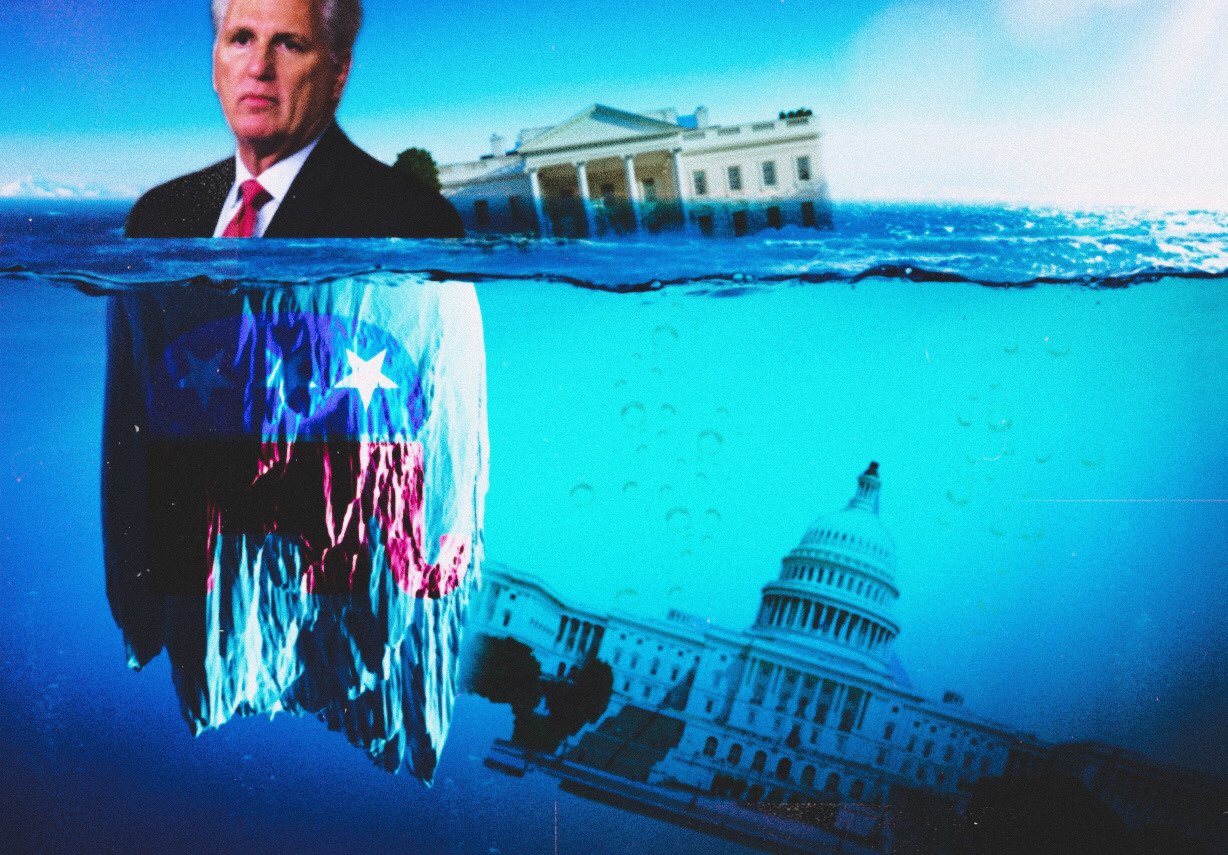 Last night, during the Georgia GOP Senate debates, David Perdue used his opening statement to drop a truth bomb: “First off, let me be very clear tonight: the election in 2020 was rigged and stolen in Georgia.” One problem: Republicans ran the 2020 Presidential elections in Georgia.

To our readers this comes as no surprise, and House minority leader Kevin McCarthy’s recent spectacular downfall isn’t an isolated event. We remember Liz Cheney. In fact, it was comrade Cheney who was on the other end of McCarthy’s damning phone call giving him advice! We said it in our last article: many Republicans are to blame for the mess we are in.

This week, while the rest of the country was watching McCarthy’s abrupt fall from grace, we all missed RINOs in Tennessee seizing the opportunity to remove Trump-endorsed House candidate Morgan Ortagus from the ballot. Don’t forget, this is the same Tennessee Republican Party brass that is trying to legalize child marriages in the state. Yup, you read that right.

In a released statement, Ortagus expressed concern for Tennessee’s future. “I’m further disappointed that the party insiders at the Tennessee Republican Party do not seem to share my commitment to President Trump’s America First policies,” Outages said. “As I have said all along, I believe that voters in Middle Tennessee should pick their representative — not establishment party insiders.”

Let’s not forget Mitch McConnell, who openly blames Trump for January 6th and thinks he shouldn’t be able to run for President again. Trump has retaliated in typical Trump fashion and exposed McConnell’s misdeeds.

Cheney, McCarthy, and McConnell are (or were) three of the most powerful people in the Republican Party. If they all actively worked to sabotage Trump’s 2020 election, who else from the party was involved? The answer is most of them.

And it’s accelerating. The next stage will be unnerving—with confusion, psy-ops, and misdirection at every turn.

We are seeing many unknown candidates entering midterm races and attaching themselves to Trump without an official endorsement. These unverified fringe candidates are pushing agendas that are not aligned with Trump’s America First. Many are using “Trump 2024” and other fake Trump media in their social media messaging to trick conservatives into blindly voting for a candidate without doing research.

The next few months and upcoming midterm elections are not going to be an easy time to be a conservative. As more comes to light about the GOP, things will only get worse. Mitch McConnell is nervous, and We The People need to keep up the pressure.