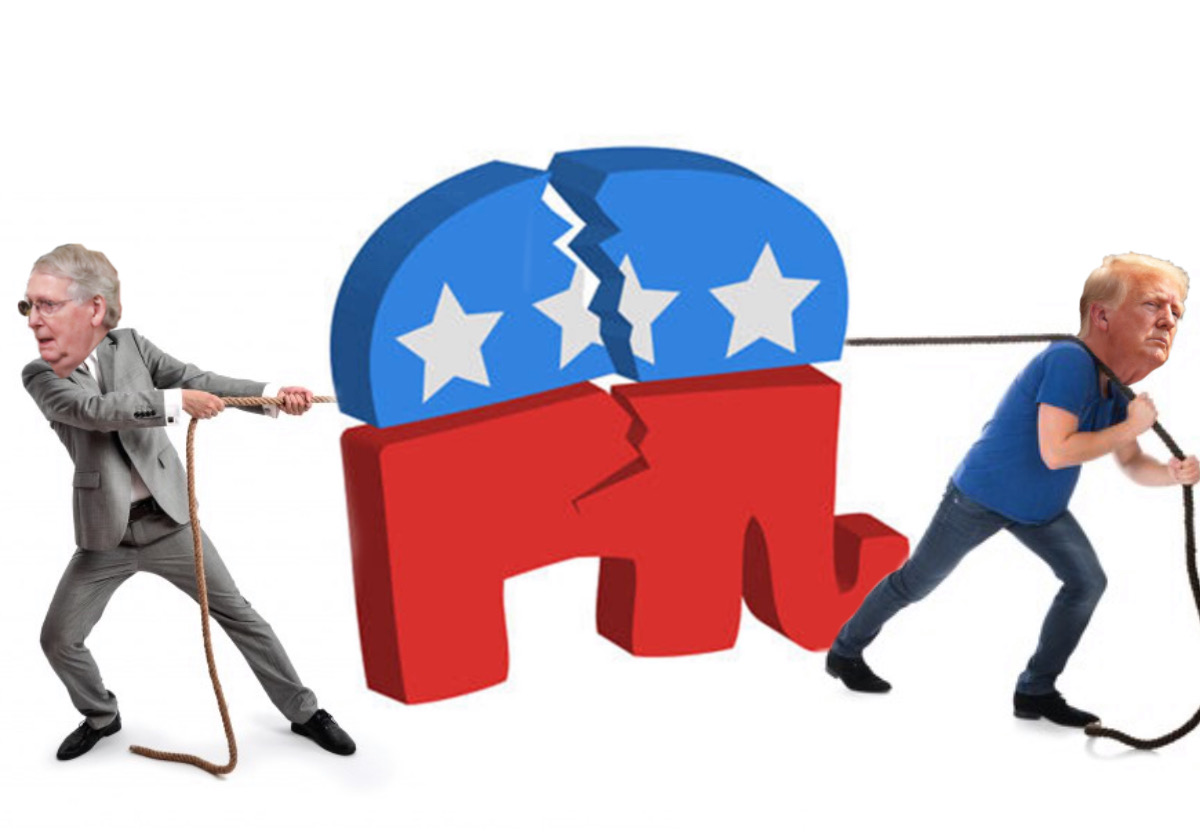 A recent YouGov poll showcases Biden’s plummeting approval rating, highlighting his utter failure across quite a few categories. However, it also shows that Republicans are losing support from several key voting groups at a rate that has Mitch McConnell extremely worried.

What we are actually seeing is a palpable split forming within the Republican Party—with those who support President Trump on one side, and those who want Trump gone on the other. Some Republicans, like Kevin McCarthy, JD Vance, Dr. Oz, and David Perdue are trying to play both sides with mixed results. In fact, Trump’s endorsements of Vance, Dr. Oz, and Perdue are causing the GOP voting bases in their respective states to fracture considerably more than in others.

The main concern for the exiting Republican voters is fixing the 2020 election and its root causes. Many remember Trump saying his supporters won’t vote in the midterms at all until the election fiasco is resolved. Some midterm candidates are even incorporating election fraud claims in their core campaign messaging in another attempt to play both sides. However, many of these candidates are saying one thing in one market, and something completely opposite in another. RINO Dr. Oz is a good example of this, with his constant flip-flopping on issues.

How can we be expected to vote in an election that candidates are acknowledging is rigged?

It’s not just bad candidates, its coordinated attacks from GOP elite against America First politicians. Even Madison Cawthorn isn’t immune from attacks, with localized drip campaigns being waged against him. “RINO senators and establishment pawns want us to go back to the days before Trump,” Cawthorn said. “They want to go back to the days of not being on offense, not fighting for the next generation, not trying to dismantle the federal government’s overreach, we will never go back. That is why the establishment is trying to crush me and others, they attack what they fear. Onward!”

Peter Navarro, Trump’s former advisor, is certain about one thing: the midterms will not be fought in the general, but instead in the primaries. He says, and we agree, that 2022 will not be Democrat versus Republican, but instead “RINOs versus Trump Republicans.”

Many voters are intent on not participating in the general if their chosen candidate doesn’t make it through the primaries. That’s why it’s so important for everyone to get involved, film, ask questions, and vote for the American First candidate in their district. Together, with a little luck, we can take down the RINOs and take back America!

One thought on “The GOP Is Fracturing, And That’s Good News For America First”