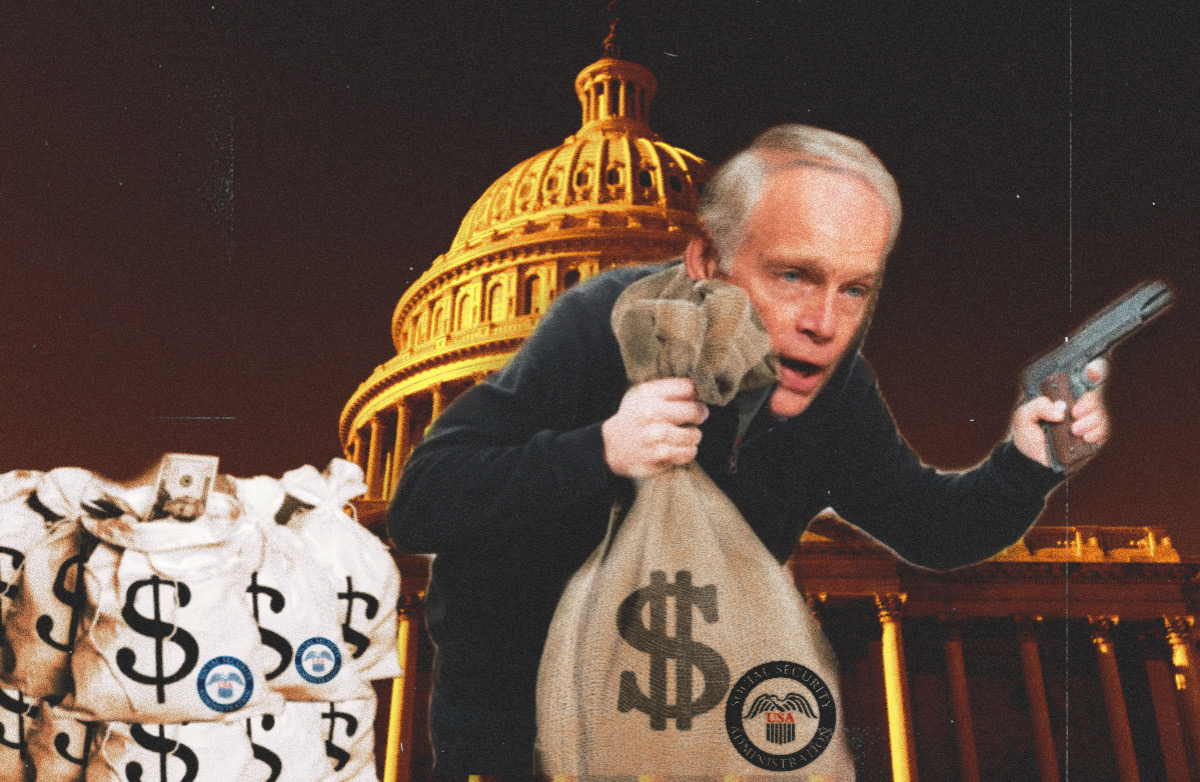 “Big Gov” Ron Johnson must think no one is paying attention, because his most recent goof-up is almost too much communism and corruption to comprehend. On Tuesday’s “the Regular Joe” show, Ron Johnson proposed using all the money from Social Security and Medicare to create a congressional discretionary spending fund—essentially reviving the failed W. Bush-era plan to dump your retirement money into the failing stock market. When W’s plan to privatize Social Security failed, the entire stock market crashed just 21 months later, proving how terrible and disastrous this plan would be for Americans. So much for small government, Ron!

This isn’t the first time Johnson has tried to rob the collective cookie jar via legislation. In fact, Ron is an outspoken critic against Social Security, even calling it a “Ponzi scheme” on several occasions. He’s also suggested creating a payout age limit and lowering the cap on amount of money any single person can receive from the program—no matter how much you’ve already paid in.

Johnson wants members of Congress to usurp control over the currently apolitical Social Security and Medicare programs and hand their accounts over to the criminals in the Capitol. He truly wants you to give up YOUR hard-earned cash and give it directly to insider-trading guru Nancy Pelosi to do as she pleases.

This is what the Radical Left wants…and also apparently Ron Johnson. But, why? Is this a GOP we should be supporting?

It’s clear Ron Johnson is desperate. His days are numbered. He knows he is disliked by conservatives in his home state of Wisconsin—so is he now appealing to the woke “Big Gov” left?

The midterms are coming, and maybe this time We The People shouldn’t come save the corrupt GOP. Voting for RINOs has never got us anywhere (just look at 2020), and remember that we are not REQUIRED to comply with their demands. No RINOS in 2022.

Is The GOP Weaponizing JD Vance and Ron DeSantis Against Trump?

Is The GOP Weaponizing JD Vance and Ron DeSantis Against Trump?